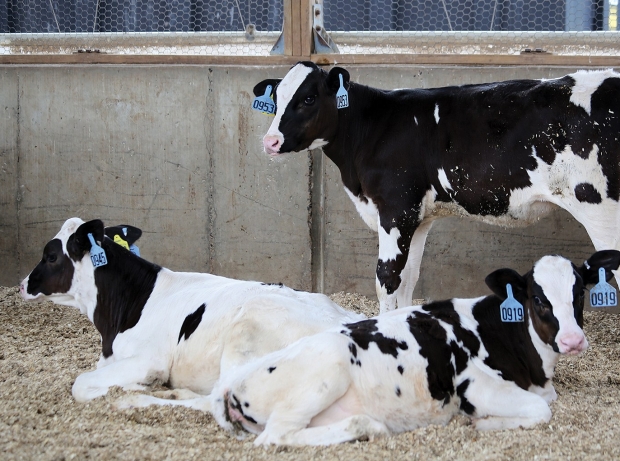 Managing an operation that raises 7500 heifers a year for nearly 20 years, means Lane Sollenberger has seen over 100,000 heifers go from a couple days old to 60 days prefresh during his tenure as manager of Dream Farms, Newburg, Pa.

That’s a lot of heifers. One could say Sollenberger has seen it all — what works, what doesn’t. It’s no wonder he is a sought-after speaker. Having heard him over the years during tours, in panel discussions and as a presenter at conferences in other states and nations, it’s clear he has strong convictions about efficiently raising healthy cattle.

He puts his faith in people, systems, data and analysis, all working together. But it really starts with the basics, he says.

Sollenberger shares a story about a time when his young granddaughter was visiting. She was talking to him, but he was deep in thought on other matters.

“She took my head and turned it towards her and said: ‘Grandpa, listen to me with your eyes!”

The metaphor was clear.

“These animals are telling you something all the time,” says Sollenberger, stressing the importance of weighing, testing, and doing visual respiratory scoring early and often throughout the calf’s life.

He uses the Calf Health Scoring Chart developed by the University of Wisconsin School of Veterinary Medicine. It rates calves from 0 to 3 on rectal temp, rate of cough, nasal discharge, eye scores and ear scores.

Sollenberger is obsessed with data collection and analysis.

“I think it’s really important for our clients to know what is going on with their cattle. But even more so that we have the information we need to establish benchmarks and goals that make sense.”

Calf care musts — 1 through 4 — begin at the home farm at birth and cannot be overstated:

He also encourages clients to use Enforcer intranasal spray.

“If you do these things well, death loss in the first 60 days of life is extremely low, and you’ve set the stage for average daily gain of 1.65 pounds/day, or better, to double birthweight in that first 60 days,” he stated.

“But if you mess that up, you’ve messed it up. Our data shows that you don’t ever catch up.”

In other words: There’s no magic wand when it comes to making a cow.

The Dream Farms staff ‘listen with their eyes’ and are all equipped with DairyComp on their computer tablets to record what they see and to instantly pull up a history for decision-making.

In fact, the wet calves are fed 3x/day by three different feeders because Sollenberger likes to know there are at least three sets of eyes on the calves every day.

On the nutrition side, they use textured starter grain offered at day-one to begin rumen development.

To ensure Dream Farms is raising calves that are capable of responding to good solid management, they do their own total protein score and BVD tests on every calf upon arrival — no matter what the client tells them about the home farm.

“A calf with a protein score of 4.9, infected naval that leads to respiratory issues … that calf is not even going to make a cow,” said Sollenberger.

Each pen of calves at Dream Farms is sorted by weight. They are on total TMR by 110 days of age with the goal of weighing 420 to 440 pounds at six months of age. That is achieved with a 2.25 ADG as they go from textured starter to an A,B,C mix that is custom balanced to increase forage until they reach the total TMR point.

ADG then slows with a goal of heifers reaching a minimum of 775 pounds to over 800 pounds by 340 to 365 days. Weights are charted along the way to look for trends, and all heifers are equipped with SCR collars for 24/7 heat detection a month before they are eligible for breeding.

“We have aggressive herd clients that want heifers bred at 800 pounds at 340 days and we have about 75 to 80% of our heifers being bred to sexed semen. This makes the heat detection system even more powerful,” says Sollenberger. They also use the system’s information to pinpoint the best time to breed and now schedule breeding every 12 to 14 hours (instead of once a day) to capture that.

Throughout the breeding age and prefresh period, Sollenberger said the visual observations and vaccination protocols continue. They prepare heifers by running them through footbaths and getting them on the hoof trimming table. A final pregnancy check is targeted for 1250 to 1300 pounds at 70 days prefresh to show they are on track for calving at 1400 pounds at 22 months of age.

Sollenberger likes to be challenged, and he urges audiences to surround themselves with good people, lifelong learners, to work with a veterinarian and nutritionist that “push you and edge you on.” He stressed that this accountability goes both ways.

He also noted that everyone involved in the operation need to understand ‘team’ and see the manager modeling that. Sollenberger puts a lot of stock in paying people what they are worth, showing respect by showing up early, as a manager having an attitude also of service to others in the team, and to instill the attitude of setting high goals.

“I’d far rather my employees would shoot high and miss than to shoot low and hit,” he says. “I don’t worry about people failing. The goals have to be high.”

Whether it’s a dairy or heifer-raising, Sollenberger said he has learned that the animals and the people in an operation have something to tell us about how we are doing as employees and managers: “If you listen with your eyes, it is amazing what you will see, hear and learn.”